The Need for This Project 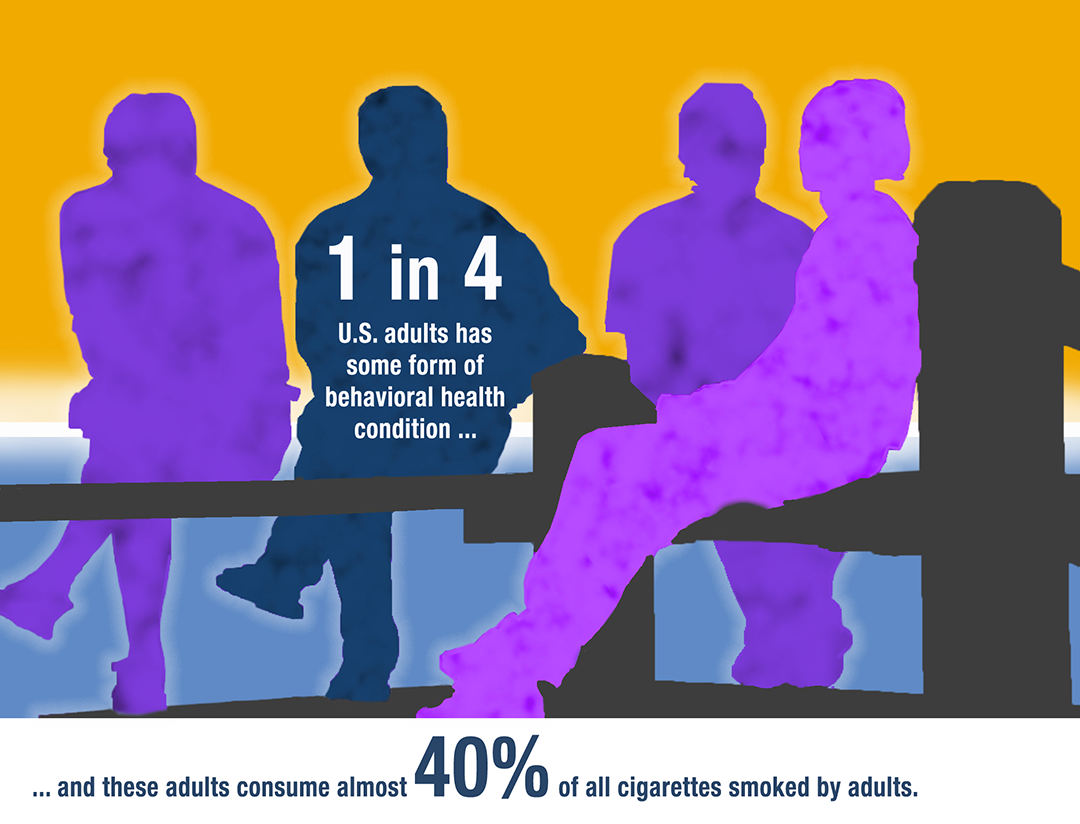 Tobacco use is a global phenomenon with about one billion smokers today. During the 1960s, when 40% of the United States population smoked, researchers began reporting a clear link between tobacco use and cardiovascular and respiratory diseases. The 1964 Surgeon General’s report led the United States to launch a decades-long, hard-won campaign to reduce smoking. Today, the numbers reflect its success: The percentage of smokers in the United States has dropped to 10.7%.

Numbers drop, but not for all
More than 400,000 people a year still die from tobacco-related illnesses. Smoking is increasingly concentrated among lower socio-economic groups, people of color, those with the least education and those with substance use and mental health disorders.

People who have mental health disorders, use substances actively or are recovering from substance use are two to three times more likely to smoke tobacco than the general population. Every major organ of their body is affected by tobacco smoking, and their chance of developing heart and lung disease can shorten their life span by 10 to 20 years. Statistically, people who smoke and use alcohol or drugs are more likely to die from their tobacco use than from any of the other substances they use.

Low quitting rates
Tobacco use is especially tenacious in these populations. For them, nicotine is a stimulant that also helps them mitigate stress — it gives them something to look forward to and structures their time, which often is unstructured. Smoking’s physiological, psychological and social components are deeply embedded in these communities. While some people do stop, they often have used tobacco far longer than other substances, and their quitting rates are far below that of the general population. 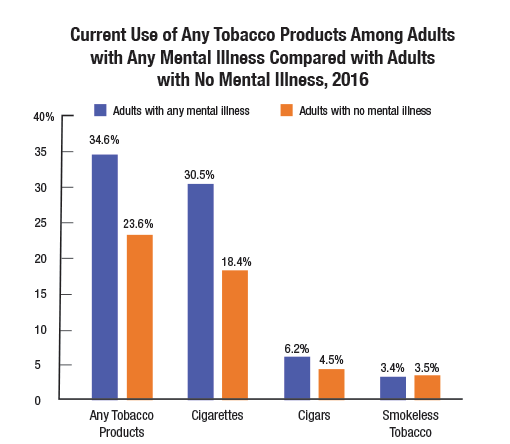 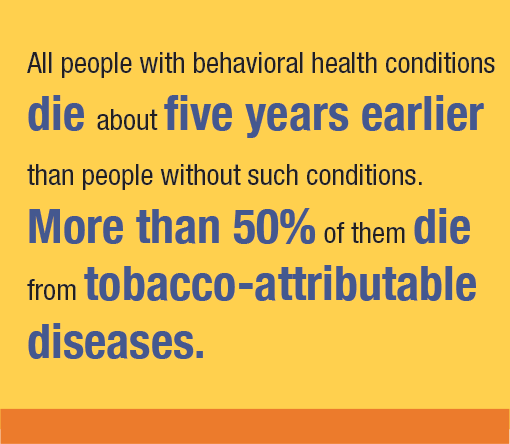 About the Project
About Harm Reduction
Eligibility
Our Team